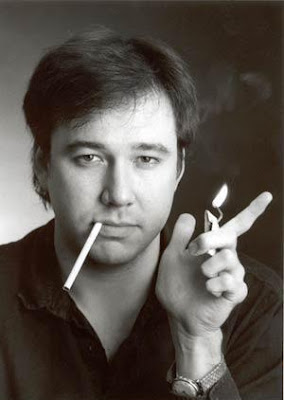 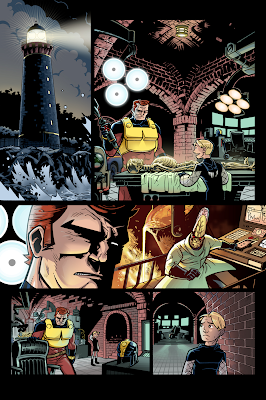 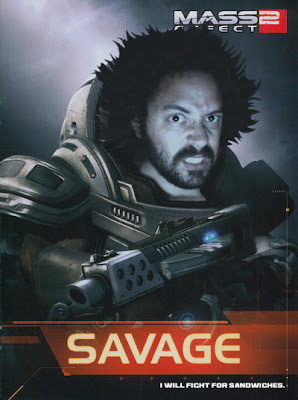 Mass Effect 2 is a video game.
I don't own any of the current gaming platforms.
I've never played Mass Effect 1.
I do, however, read comic books.
The game was just released.
Mass Effect 2's advert campaign for comic books consists of a series of single-character-bust, single-word ads, sprinkled in throughout the comic, usually alternating with the pages of actual comic book.

One of the ads features a big brute of a character with the word "Savage" below.
Naturally, I had to make this.
Pretty self-explanatory! 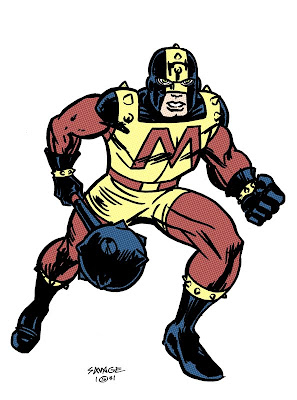 I get to do a narrative in a silver age comic book style.
Looking forward to it.
This pose was taken from a Kirby drawing.
15 minute sketch that I then colored for reference.